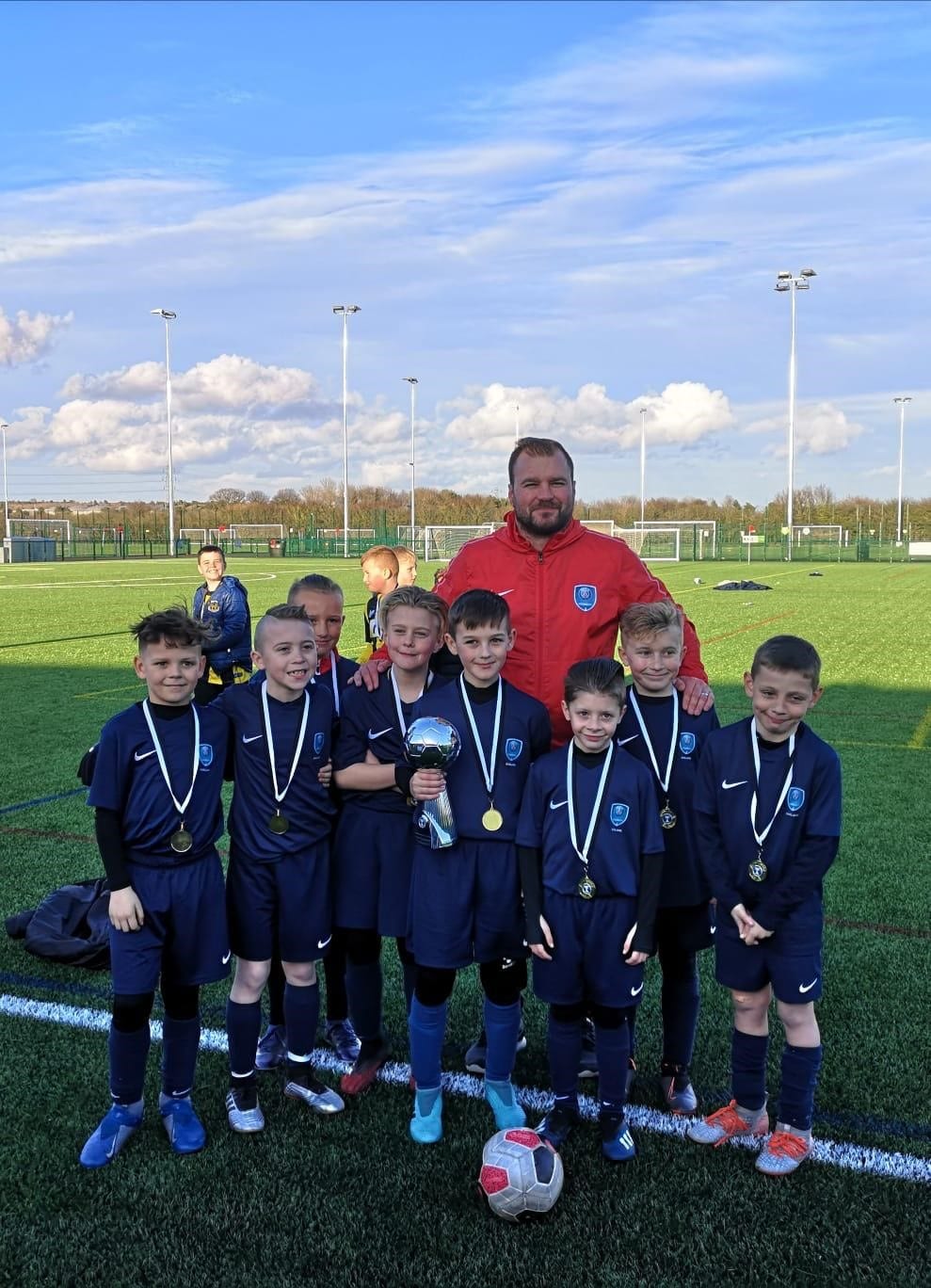 We have 2 teams within the Under 9 category. One of the teams has entered the Russell Foster Youth League in the Velocity Cup.
They have currently won their first 2 matches within the league and we look forward to seeing how the players develop across this first season!
The team also entered a local tournament within the U10 Game of tournaments category!

Paris Saint-Germain Academy Stockton: Head Coach Dan Wilson gave an update on the tournament and match updates for the team.

The day started off against Pinpoint Division 1 side Newcastle Benfield San Siro, winning 1-0 after Theo Hipkins sent a long ball over Theo Longstaff and he drilled it past the keeper for a great start to the day.
NE Sports Sparta were next in line and a great start from Hodgkinson who worked his backside off to win the ball and slot it away, that was soon cancelled out after the Whites failed to clear and Sparta equalised.
Unfortunately a resilient defence meant the game finished 1-1.

Next up was Easington CW from RFYL division 1 who out up a very physical test, but the Whites matched them all the way and after Longstaffs goal was incorrectly disallowed. Crinnion was on hand to drive the ball low into the goal from the edge of the box. The Whites were now in a commanding position in the group and the final test provided the first defeat against Hebburn Town Blues Barca who physically dominated the Whites and even though Longstaff opened the scoring, indecisiveness at the back let Hebburn in for 2 goals right at the end.

The Whites had done enough however to reach the Semi-Finals where North East Sport Atletico from Division 2 provided the opposition and once again the Whites dominated posession with Crinnion smashing one into the top corner in the last minute to send the Whites to their first ever final!!

Here the Whites gained revenge for that earlier defeat against Hebburn Town Blues Barca, by matching the stride for stride, battle for battle and completed dominated the chances although two resilient defences made the final score 0-0 and so it was down to Penalties.

Ben Gayles stepped up first squirming his shot through the keepers legs, Hebburn equalised, Alex Chapman then smashed his penalty from for 2-1 before Hebburn equalised again and then Theo Longstaff saw his penalty saved to keep it 2-2.
Hebburn stepped up to win the game but high strike hit the bar and kept the score level. Theo Hipkins then stepped up and cooly slottes home the penalty….
Then came the decider and Hebburn Town number 4 blazed his shot over the bar! PSG Whites were winners!!

An amazing day for all involved and a lot of positives to be taken as the Whites look to climb the Under 10 ladder. The boys gave their all!